The ISM Manufacturing index continues to indicate the return of economic growth after the brutal contraction that occurred during the "lockdown". Industrial production, while remaining with negative growth rates, suggests an improvement in the situation following the ISM index, with the usual delay. The massive monetary and fiscal policies enacted are restoring stability to the global economic cycle.

China, having been first hit by the pandemic, has already seen pre-Covid industrial production levels exceeded. This bodes well for continued recovery in the rest of the world. 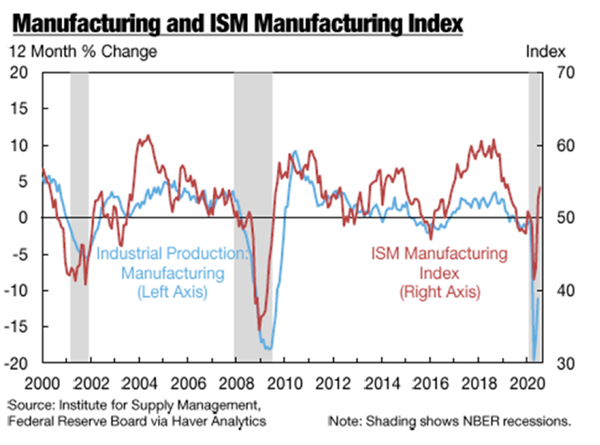 Interest rate markets are still pricing-in a low inflation future and near zero rates for a long time to come, despite the huge fiscal and monetary interventions. We can see this by looking at the "inflation risk premium" (as calculated by the New York Federal Reserve) which set new negative records during the acute phase of the pandemic and still remains in negative territory (red line below chart), while the " breakeven inflation ”remains anchored at around 1.5%. The market continues to discount that the Federal Reserve will fail to bring inflation close to that 2.0% target. It appears that the message inferred from the market is that if Central Banks have failed to deliver on the 2.0% inflation promise, why would they succeed now that the target is even more difficult to achieve, i.e.an inflation rate averaging 2.0%. 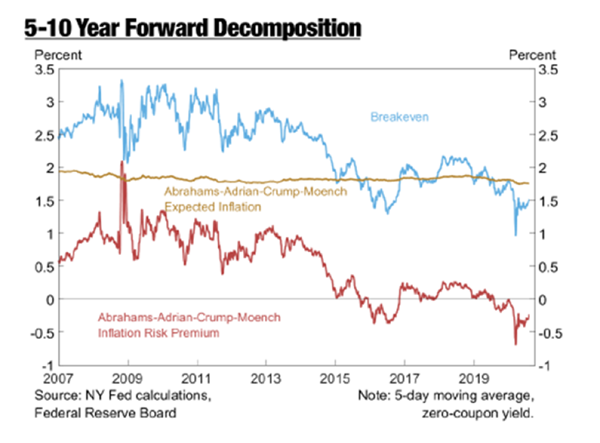 There are good reasons to believe that rates will remain low for a long time; looking at how medium-term economic growth has persistently been below 2.0% and the estimate of the natural rate of interest (R-Star or short-term rate with an economy in full expansion and stable inflation) has long been anchored at around 0.5%. The promise of Central Banks will further confirm this scenario. 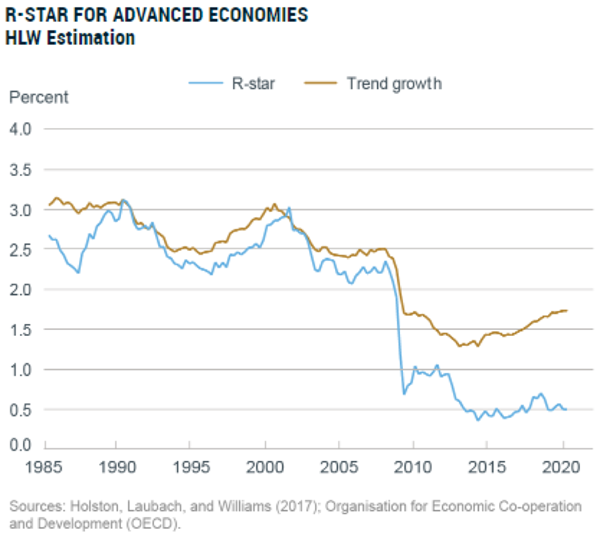 The stock market has rewarded with a strong re-rating of all those companies, such as the companies in the Tech and Health Care sectors, able to grow despite the context of low growth and inflation. The last few months have allowed these companies (not just the FAANGs) to demonstrate the strength of their business model. the result is that the percentage of companies with a high correlation (positive and negative) with the trend of interest rates has never been higher - today more than 30% of large-cap companies. In a context of low interest rates, the stock market continues to be the preferred asset class. 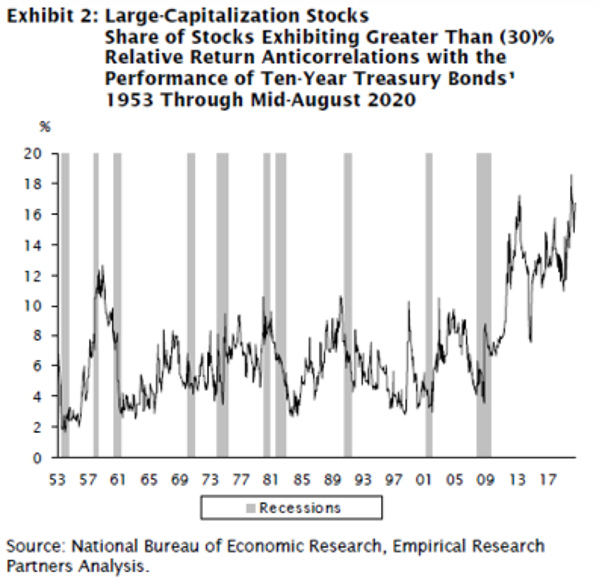