The map shown below shows the countries that have a Manufacturing PMI in red - a reading below 50 is signalling contraction in the manufacturing sector. Such low numbers had never been recorded in the post-war period, indicating that the freeze imposed on many economies globally has taken a heavy toll. Countries like Germany and the United States have reported values ​​below 40, while Italy does little better with a 45.4. 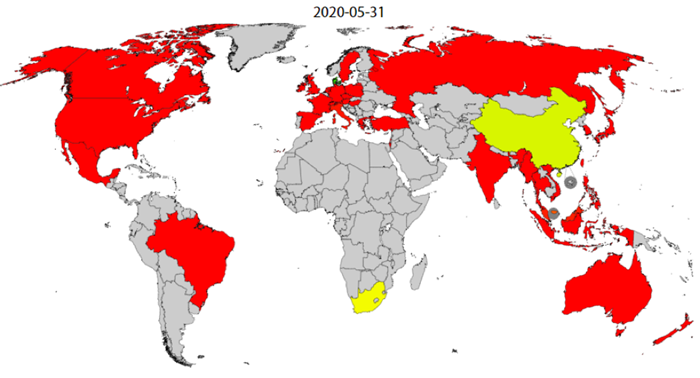 However, such low numbers should make us look to the future with a certain dose of optimism; Central Banks immediately took action to support the financial system by injecting huge amounts of liquidity and various governments globally implemented public spending and income support plans that had not been seen even during the 2008 crisis (see table below).

All these fiscal and monetary measures will be an important stimulus for the ensuing recovery, particularly when social distancing will gradually be eliminated; this effect can be glimpsed from the graph below (second box) which shows the percentage of countries (85.7%) that have a month-on-month improvement in the PMI manufacturing index, confirming that the worst has passed, the recovery has started and, in the absence of a resurgence of the infections, the economic over the next few months will confirm this trend. 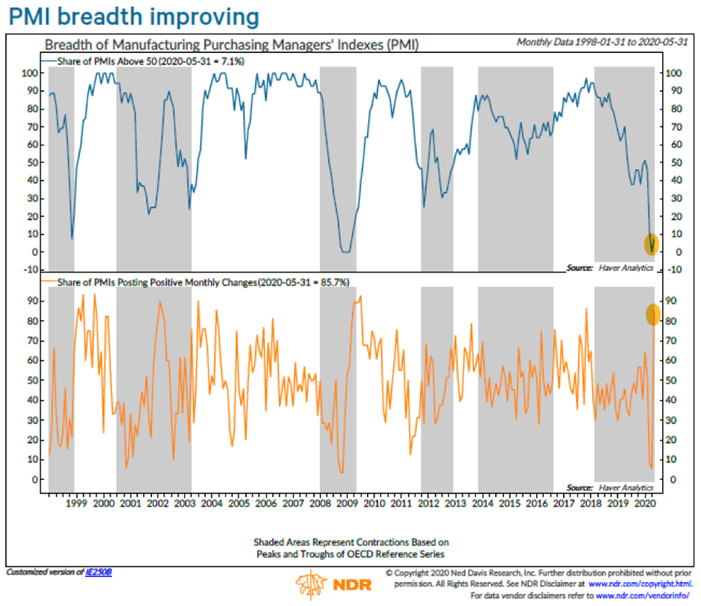 One of the possible consequences of the massive fiscal and monetary policy interventions could be an unwelcome and abrupt increase of inflation; in fact, some investors expect that Central Banks, after more than 10 years of missed targets, will be able to bring the CPI price index up to their stated target of 2% per year. We are of the opinion that China's entry into the WTO (December 2001) has significantly contributed to exporting disinflation to the rest of the world thanks to their massive labor cost advantage and to their now indisputable role of Global Outsourcer. The chart below shows precisely what China's role has been in exporting disinflation, a role that we do not believe to be yet exhausted. 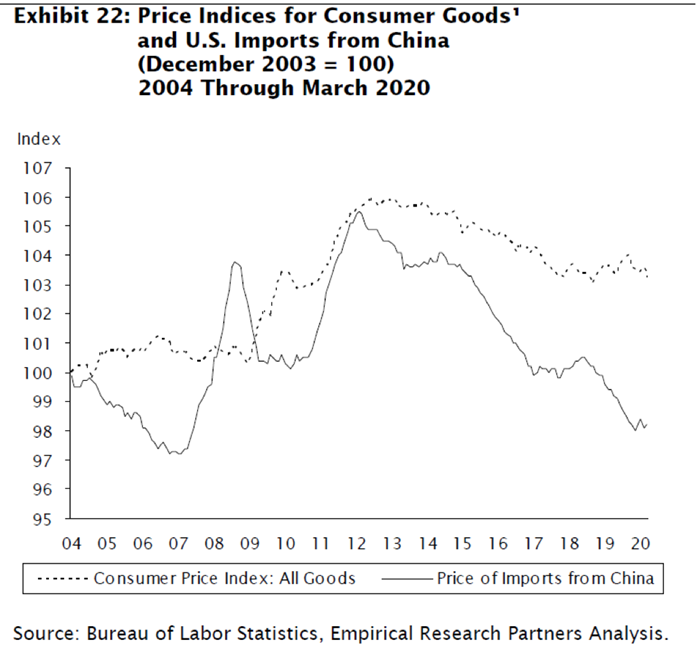 In this context, our favorite asset class continues to be the Stock market which, despite the volatility, offers interesting valuations, particularly when compared with the yields on the bond market. The so-called "Value" stocks and, in particular, those belonging to the sectors most affected by the crisis, such as industrial, financial and consumer goods, offer interesting investment opportunities. 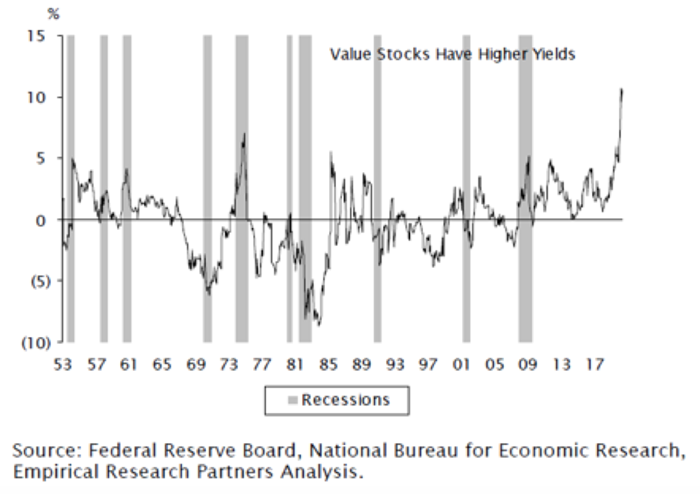 Governments will emerge from this crisis with much more debt than when they entered, inflation should remain under control, so the problem of debt sustainability by governments, especially the Italian one, seems to be a topic for the coming years.